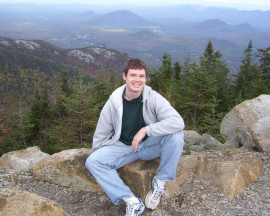 Jeremy was born April 30, 1982. He is a born again Christian who trusted JESUS to be his savior at about age 7. He has always been interested in illusions, and began trying some simple ones when he was about 8. Slowly he got into bigger tricks and eventually joined the International Magicians Society. When he was 14 he began performing at parties and churches which he continues to do today. But it was an event known as Teens Involved that really got him going. It was a yearly event by Word of Life in which teens used their abilities to serve the Lord. Though it was set up as a competition, it was really meant to encourage teens to develop their talents such as singing, preaching, acting etc. and to use these abilities in a way that honors the Lord. For 4 years Jeremy competed using Gospel illusions. Each year he made it to the International finals at Word of Life camp. Though he never won, the best he got was 3rd, but it was a great learning experience for him as he learned how to use illusions in a way that's both fun and useful. Interestingly the very first Gospel Illusion he did, back in 1997 is still one of his main acts today. After High School he went on to Keystone College where he graduated in 2004 with a Bachelor's Degree in Communications.

Then in the fall of 2007 he decided to go to Word of Life Bible Institute in Pottersville, NY. This was one of the most important decisions he ever made. Although he had known about the Bible Institute since High School, initially he didn't want to attend. But in 2007 he finally realized that he needed to. It was a major help for him and provided him his first true opportunities for doing shows on a regular basis. His first year was so useful that he decided to go for a second year of which he graduated in August 2009. Until 2020, he spent his summers at their camps, doing his shows. He had been planning to do it again in 2020, but camp had to be cancelled due to the Corona Virus.

In 2015 he also began participating regularly on missions trips to use his illusion ministry in other countries.