In fall 2013 Jeremy built what was believed to be the largest Knex Ferris Wheel in the world at the time. It was built at the Mall At Steamtown in Scranton PA as a fundraiser to help victoms of the November typhoon in the Philippines. Construction began November 13, and was finished Dec 12. 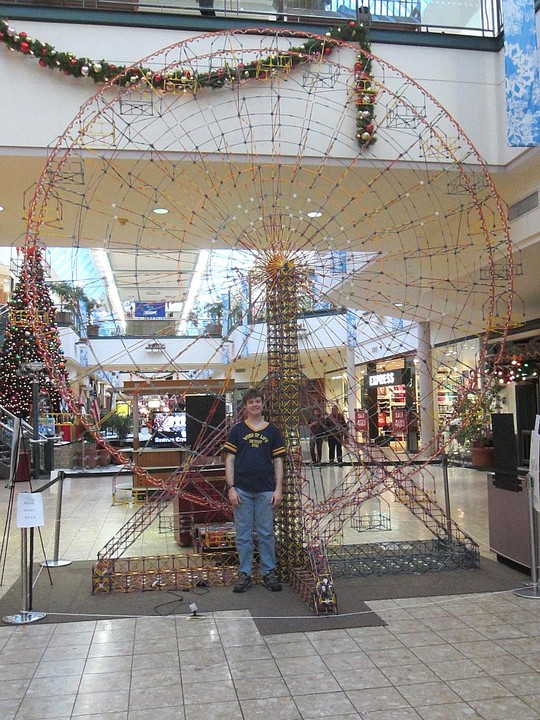 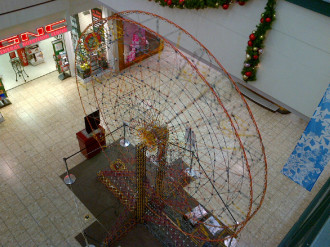 I was originally planning to have it finished yesterday, but a few unforeseen problems came up, mainly involving the weight of the cars. The wheel was strong enough to stand on its own. But when I started adding cars, the top would bend sideways too much, and the cars would get stuck. So I had to stiffen the structure more and make the cars slightly smaller. I perfected the design today and will hopefully complete it tomorrow. Yesterday I also added motors to make it turn on its own. It's turning faster than I was originally planning. 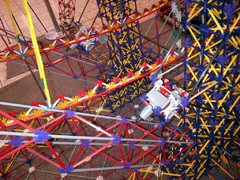 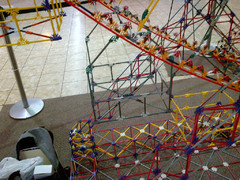 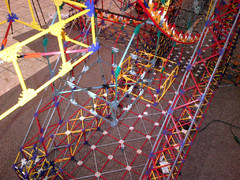 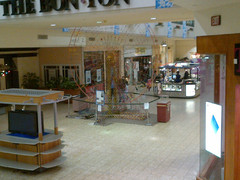 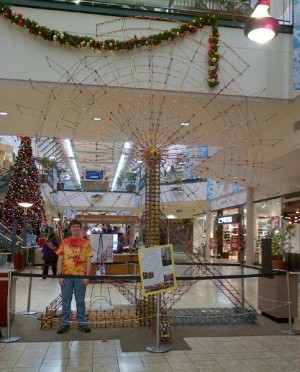 Thankfully many more pieces were donated to the project- way more than enough to finish it. The wheel has pretty much reached it's final height. I have yet to measure it, but it should be about 17.5 feet tall, which is 3 more than the previous record. I'm currently working on the outer rim, and afterwards the cars will be added. The final step will be adding the motors to make it turn. 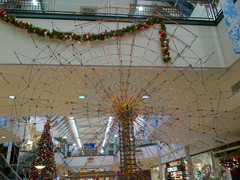 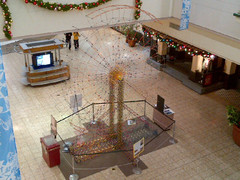 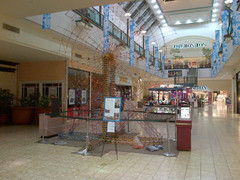 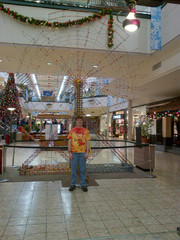 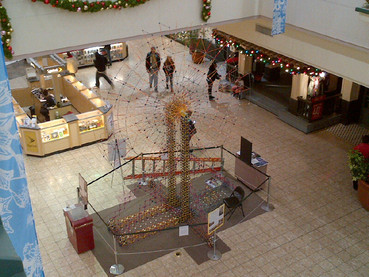 The wheel is taking shape. It has already passed the previous record, and still has another foot or two to go. I've run out of certain pieces, but hopefully I'll be able to get more soon. 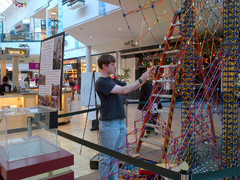 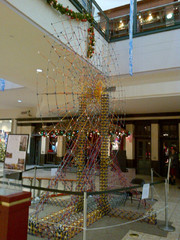 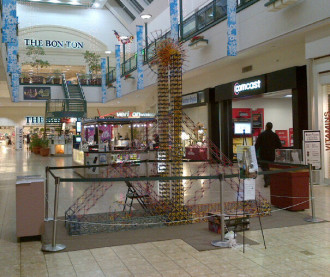 1. The support towers both reached their full height of approximately 9 feet.

2. The center hub of the wheel was put in place.

I nearly redesigned the hub because it caused the design of the wheel to be different than I had planned. I eventually decided to stick with it. But this means that the total size will be even more than I was expecting, approximately 17 and a half feet tall (3 more than the previous record).

Getting the hub into place was more challenging than I had expected, partly because I decided to use a metal rod for the center, instead of K'nex rods (which probably wouldn't be strong enough to withstand the weight).

If anyone would like to donate K'nex pieces for the project, please let me know. Many more are still needed. 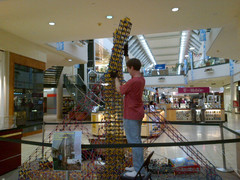 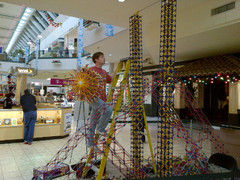 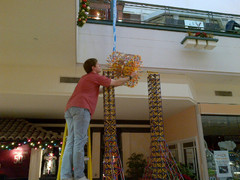 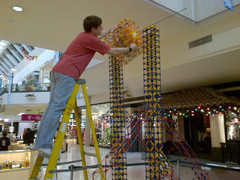 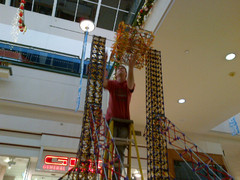 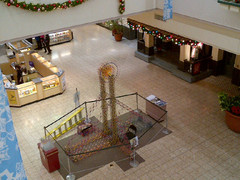 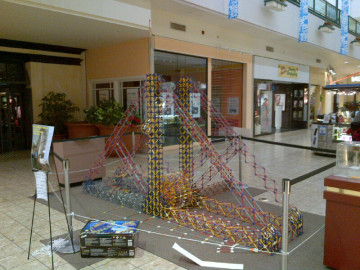 Work is progressing fairly quickly. The structure that will hold up the wheel is nearly complete. On Friday construction should begin on the wheel. A prototype car was made today. 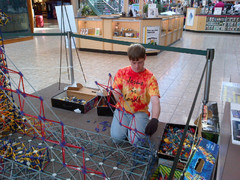 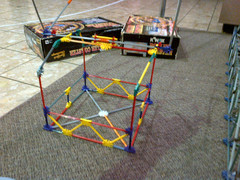 Work is progressing steadily on the structure that will hold the wheel up. Today I began adding diagonal braces- a crucial item to keep it from tipping over. 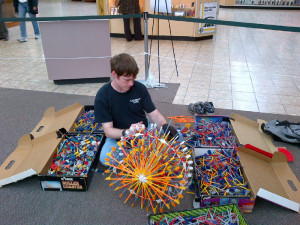 The first step was to design the center hub of the wheel. At first I was planning to use pretty much the same design as my previous ones. But this wheel will be about 2-3 times heavier. At first I tired making the design denser, but eventually I ended up redesigning it. It took about 6 hours to complete it.

The next step is to build the structure that will hold the wheel. It must be very strong to support the weight. I got a good start on it today, but it won't be finished for several days. I'll be back on Monday.